The past week is behind us and we are now into another. It is so hard to believe that we are almost 1/4 of the way through the year. Time goes by so incredibly fast for me. My life is not boring.


The week started on a down. My two veteran friends, Phil and Tom went within 14 hours of one another. Without Zin on Monday, I had to lead the Band of Brothers and I was concerned on how the meeting might progress. It was our largest group yet and I had to close the doors to the meeting about 15 minutes early. The meeting went well with a new man joining who had been a tail gunner who had been in planes shot down twice during WW2. A few of us shared stories of the two men that we had lost and the meeting soon was over. I talked to the tail gunner afterwards and he was so taken by so many men saying the Lord's Prayer in a public venue.


The evening brought Holdem for Habitat and I started off playing fairly well. I had decided that the coin that Trinity had given me for a marker would be used one more time. I had been the first man out the last two weeks with it. I waited for the right time and made my play when I had three queens after the flop. Two guys stayed with me and one of them made his flush on the next card. I threw the coin across the room.


Tuesday, I took a group of guys to the JROTC at Mt View High. The guys really enjoyed the show and the youth appreciated their presence there.


Right afterward, I picked up Jay from school and I began to feel a bit dizzy. I thought it might have been because I had not eaten right. Sometimes I get so busy I just don't eat. I know that sounds funny since I own a restaurant but.....it is what it is. If the kitchen is busy, I will not bother them as the customer must always come first. After all, it is my lively hood.


After picking up Jay and going back to the house, I laid down while Jay did his homework. I awoke a couple of hours later even more dizzy. I took Jay to soccer practice and picked up supper and a movie.


Setting myself up in my TV room, I began the movie and started to eat when it hit me. I got woozy and began to sweat. I knew the feeling before and put the movie on hold and began preparations for the worst. I put on lounge clothes, pulled a bucket out of the garage, and dumped the supper that I no longer even wanted to look at.


Minutes later, I was as sick as I have been in a while. This lasted for hours and I managed to get to sleep quite late and even then saw just about every hour of the night.


The next day was spent on the couch, resting and sleeping. I tried to eat soup but had no appetite. Judy made me soup for lunch and supper but all I could do was sip the soup and drink some Ginger Ale. I went outside a couple of times but the day was day of rest whether I liked it or not.


Thursday morning, I awoke feeling very week but in good shape. I ate my first solid food and began to get ready for our first funeral. Tom's funeral was at 11 at Deschutes Garden. I put my good coat on for the funeral and came in a bit late. The first thing I noticed was Band of Brothers jackets all over the room. The service was a good one and I listened to family members and friends sharing their remembrances.


I swapped my jacket and joined the others for the graveyard service. I am always so greatly affected by these services and this one was no different. Tears welled in my eyes as taps was blown for my friend. I watched his wife and my heart went out to her. Afterwards, we all met at the VFW hall and supported the family there.


Thursday night, I was sitting in my room watching the Ducks beat up on UCLA and afterwards was just sitting there thinking about the day and week behind me when an alert came up on the TV screen about an earthquake in Japan. I switched channels to a news program and shortly they were streaming live shots of after the quake and the talk of an impending tsunami. Soon, live feeds from a helicopter began showing the wave itself as it began to sweep into Sendai. I sat glued to the screen as I watched the water swallow up moving cars and watched people running as fast as they could from the wave of destruction. I watched as a truck sat looking at the water in front of him when the water came in from behind. I could see him put his truck into gear and try an outrun the water that quickly overtook it. The wall of water threw him up against the side of the road. Then a burning house began to float right at him. Before I could see what happened, the live shot from the helicopter that was not looking at anything specific, moved on.


My heart went out to that person on the other side of the globe and I began to pray for his safety and the fear that he must be feeling. I spent the next few hours glued to the set as live image after live image came across it. Exhausted, I went to sleep knowing that I needed to get up around 7 or so to see the possibility of a tsunami warning on the Oregon coast.


Judy and I got up and watched the TV for a couple of hours before heading off to the diner for another day. 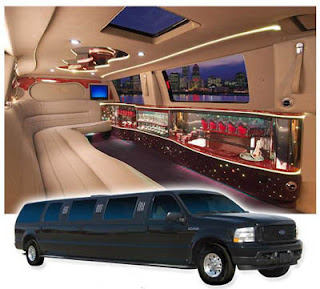 Saturday was a brisk day and I arrived home around 4 in the afternoon. Judy and I were to go out for the evening to play pinochle with some friends. We left around 5:30 and drove to our friends house in Tumalo. After arriving, we were surprised with another friend, who brought his long stretch Ford Excursion limo. We were driven to the owners house where we had our poker party. Before the party, we toured his barn that housed one of Bob Hope's limos. It was truly a surprising and fun night. On our trip back to the first house in the limo, all of the five couples shared how they had met and what their various proposals were like.


So now we start all over again. Last week had certainly a lot of ups and downs. I can only wonder what this one will hold.
Posted by diner life at 8:09 PM

I am so, so sorry. I know that your friends were very dear to you and I am glad that you were able to comfort them and spend time with them in their final days.

We should all be so lucky.