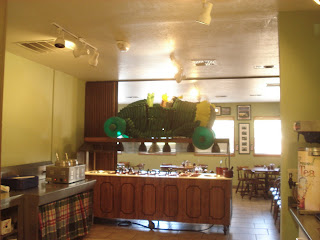 Lyle, you are one in a million.... and you have lots of those stories! You are a good story teller.
I appreciate your friendship.
Don

Lyle, Thank you for your story. We have found Barry Bartlett in Hanover Pennsylvania. He wishes to go to California today. We'll do what we can to help him get there! It brings us some comfort to know that others have helped him and he continues on his journey.

I met Barry yesterday when he was riding his bike near Harrisburg, PA. He was really struggling under the load he had stacked on the handlebars, so I thought he might appreciate a ride. After putting his bike in the back of my pickup, we started driving & I immediately realized he needed more help than just a ride. He said he was trying to get to California, and I realized I needed assistance to know how to help him, so I took him to New Hope ministries in Dillsburg, PA. They graciously gave him food & water, and paid for a bus ticket to CA. I took him to the bus station tonight and prayed for him there. Now I find myself haunted by the following verse:

“Go, I wish you well; keep warm and well fed,” but does nothing about his physical needs, what good is it?”

I agree with "anonymous" that it "brings comfort to know others have helped him" but I wonder why a man like this can't find a place to call home?

Great story! You are not alone. We too have had the privilege of meeting Barry Bartlett.

Last year, at about this same time, my Dad and I found Barry sleeping in front of our business sign in Hanover, PA. He was riding a bike from the York, PA Fair, he said, to California where he knew a friend. He looked as if he had not eaten in days and was dehydrated. We got him some food and drink, then sat and wondered what to do.

You know the adage, "What would Jesus do?" A valid question. We needed to do something. Matthew 25:40 says, "“The King will reply, ‘I tell you the truth, whatever you did for one of the least of these brothers of mine, you did for me.’"

We took him to get a hot shower and some clean cloths. This was just the beginning. We researched the Greyhound bus routes and found out that there was (1) bus with (1) ticket left headed to a small town just south of the town Barry needed to get to. My Dad and I smiled and knew right then that God had a much bigger plan. The problem was, the bus left in an hour, the clock was ticking, and it would take just over an hour to get to the bus stop.

We got Barry, his bike, and ALL his miscellaneous stuff (if anyone knows Barry, you know what I mean), and put everything in my pickup truck. We bought the ticket on the way over the phone with Barry making sure we spelled his name right on the ticket. "B A R T L E T T that's two T's at the end" he kept saying.

After a long ride and an amazing time with Barry we arrived at the Greyhound bus stop. We boxed up ALL his belongings but he would not be able to take his bike with him. Barry was sad but understood. We prayed with him and put his bike back on my pickup truck.

It was a quiet ride home. Then, about three quarters into the trip we each just smiled, laughed and said..."B A R T L E T T that's two T's at the end".

May God continue to use each of use to help others and who need a Savior.

p.s. We still have his bike and we are expecting him to return some day.