My new diet has allowed me to sleep better and thus reduces my time on the computer which is why my posts have also reduced. But, after eating a few chips while watching a game with my grandson, Jay last night, I find my blood sugar level to be up a bit tonight and that keeps me awake. One night slip is OK but I did it two nights in a row. I need to be more diligent there for my own good.

Monday, I arrived at work to find the travelling veterans center parked across from the front area of our parking lot. I walked over and thanked them asking how long they would be there and letting them know that they can come in and address the vets during the meeting. We were in the middle of the meeting and I was talking over an issue with one of the guys when I was called up to the front. The guys from the vet center awarded us with a plaque of appreciation for the work that we do for veterans in the area. The award came from them and the Dept of Veterans Affairs. This is one that I will cherish. Monday night, after winning the previous week, I could not get off of the ground in poker. I was the second one out and ended up cleaning up and getting caught up on some paper work while the others played. 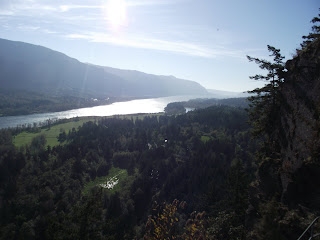 I won't say congratulations on your plaque; only Thank You. You do so much for the area Veterans and do it out of your heart. It absolutely shows and speaks volumes of your character.

I've found that the last four food shows I've gone to are exact duplicates of the ones previous to it. Same booths. Same vendors. Same novelty items. I'm planning on going to a specialized food show that caters only to pizza this Spring. It's in Vegas, so kind of a win-win (unless I gamble, which would be a win-win-lose!).

I wish I were as handy as you are with fixing things. I'd have had to call a "repair man" to fix the fan and probably would have had to write a pretty hefty check to pay for it. If there were a local college class on basic mechanics I'd take it.

Keep on keepin' on my friend!

I have found the shows to be the same also. It used to be that you could make a bit of money at the shows with special purchases and such but in this one, I did not make enough to pay for the trip so I told them it might be my last time over. I will still go to shows close by, however.

I am fortunate to have a kitchen manager who can fix a bit. In the case of the fans, I have learned from experience. You keep your belts close by and they are fairly easy to replace. And you keep a motor handy. I always have one in a box in storage. When they go, it will always be on a weekend. You only have to pay for labor then and are usually able to keep working.