Tiptoe through the Tulips 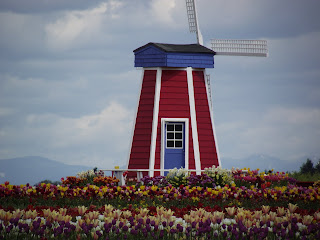 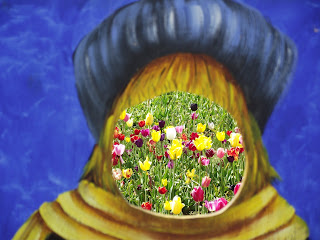 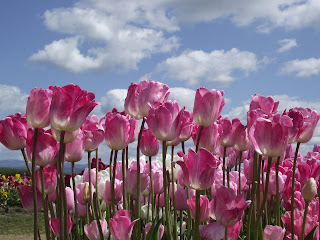 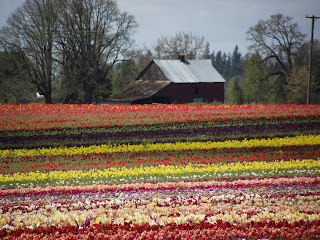 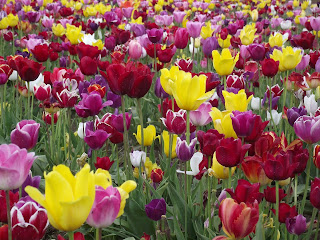 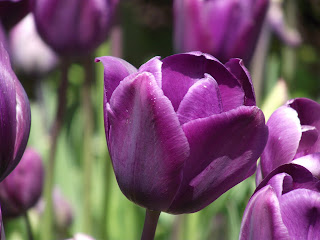 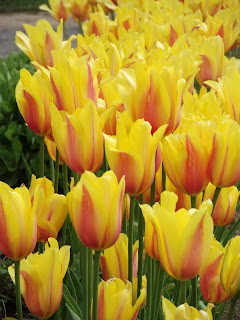 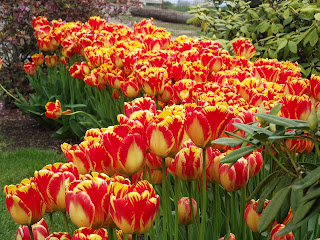 I asked Judy where she would like to go for the day and she decided to go to the tulip festival in Woodburn.

After a quick breakfast, we jumped in the car and drove over the mountain. When I arrived in Salem, I realized that I had forgotten to get the directions so I called our bookkeeper, Summer, who looked it up online. She then texted me the directions from Salem.

The directions seemed strange taking us north of Woodburn but I figured that I best stay with them. I was quite surprised when the road that it told me to take had no off ramp. I stopped at a rest stop just north of it and looked at the map there. It looked as if I could go slightly north and then double back down to the road so I gave that a shot.

We eventually found the road and began to follow the directions that lead us down, around, and eventually to the main road out of Woodburn. I wondered why we could not just have taken that from the town in the first place as it would have saved us nearly an hour of driving and figuring things out.

By the time we arrived at the fields, Judy was getting hungry. We stopped at the entrance and asked if there was food in the festival. "You bet", came the reply, "We have German and Mexican food. And tell them Bill sent you and they will take extra good care of you".

We parked and began looking for the food booths finding the German sausage booth first. Judy wanted Mexican so I asked the man if he knew where it was. "They are closed.", he said. "Hmm, Bill said that they were open.", I returned. He casually waved over to some tents and said, "Well, maybe they are over there.". I saw the Mexican food tent and as we walked away, I stated a little louder than normal. "Well, I was going to have a sausage but now I think I want Mexican.".

We found a real sweet Mexican lady and her daughter working their booth and ordered up some tacos. Judy was cold so she walked over to the coffee booth to get us a coffee. I paid for our tacos with a twenty and that became a problem as they did not have change. I told them I could get a smaller bill from Judy and they let me take my food with me. When I arrived back, the mother thanked me for coming back and paying. They were so gracious, trusting , and caring.

While eating our lunch, I noticed the sausage guy going out of his way with a smile to make sure that a table over from us was happy with him and his food and I wondered if it was because he had heard my earlier remarks.

Judy needed to use the bathrooms before we started our tour but we could only see chemical toilets around so we went into the gift shop and I asked if they had any indoor bathrooms. "No, the chemical ones are all we have.", she returned. Trying to be cute, I said, "Well, my wife here doesn't like peeing into holes.". Without looking up, she smirked, "That's all we have.".

As we turned and walked out, Judy said to me in a voice that the woman could hear. "I was going to buy something here but forget that. I think she is sausage guys wife or something.".

Judy reluctantly used one of the chemical out houses which by the way were decorated out front with bunches of tulips.

We walked through a small garden by the gift shop and took a few pictures before getting in the car and driving over to the main fields. The main field had a display visiting area out front with row upon row of color behind it. We took quite a few pictures as we walked around. The back drop of fields were a kaleidoscope of color.

Judy's camera attracted other camera buffs and she struck up a few conversations as to what Cannon camera was the best. She had her bag on lenses over her shoulder and changed them from time to time while I swept the view in my point and shoot. I smiled and mused to myself how I was to be a photographer for my profession earlier in life and how she is the one who has the bug now.

After an hour or so, I began to get bored with all the flowers as most guys would and began people watching instead. I enjoyed the expressions of some of the older ladies as they just sat there gazing over the beautiful sight. I bided my time while Judy shot, taking pictures for others and looking over the old steam engine tractors in the lot.

Eventually, after 600 to 700 shots, Judy had her fill also and we headed out finding our own way out the back roads through Silverton and to the road back to Bend. As we drove through Mill City, we decided to take a side trip and see the river there. Something in all of the years that we have driven through the area, we had not looked at. The river was quite pretty there and we walked out over an old train bridge that has been converted for walkers and took pictures of the auto bridge from it.

Arriving home, Judy stayed at the house while I drove over to the diner and helped out with supper and got some of my own. Before I had left, I had posted on facebook where we were going and was surprised to find over 20 remarks on the post from friends wishing us a happy anniversary.

Before heading to bed, I uploaded a few pictures while Judy began working on her book full.

A very pleasant day filled with experiences and shared with the woman that I have shared my life with for 37 years. 37 years? Someone give that lady a reward for putting up with me that long!
Posted by diner life at 1:17 AM

I love your pics!!! I wish our flowers were that pretty....Western Oregon has the most beautiful flowers.