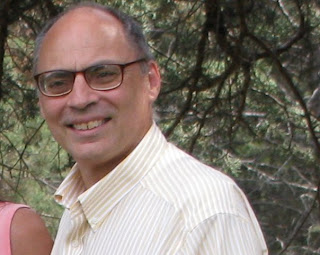 My brother, Marvin's best friend in high school was a boy named David.....David Miltenberger. Neither Marvin or David would be considered in the 'popular' circles of halls of Gilchrist High School (although they were both well liked) which probably made their bond a more special one. You see, they had each other.

I remember David as being a very thoughtful slow talker of sorts. He seemed to think out what he was going to say before and (sometimes) while he was saying it. This left pauses during the middle of some of his sentences. Some may have thought him slow because of that but in the contrary, David was a deep thinker.

I also remember him for having a distinctive laugh. One that you could tell who was laughing in a room in the dark.

David passed away this week of cancer. I did not know David the man. I never met him after high school. But David left an imprint on me.....a strong imprint. One that I will probably never forget. And he did it with one phone call.

He called me a while back and while I did recognize the voice, I could not place it until he said his name. We talked small talk at first but then David got to the meat of the conversation. He told me of his cancer that he was fighting and although we did dwell a little on the mutual subject (he gave me plans that he was using to fight it which are still written down on a paper in my pocket), he soon began talking of his reasons for the call. He said that he was trying to reach people in his life that affected him in his youth. He said that he wanted to thank some and forgive others.

I remember searching in the archives of my brain while he spoke. I was no bully but could I have said something hurtful at some time in his life. After all, many teens say things without thinking of the consequences of their statements. I remember feeling the sweat on my brow a bit as I anticipated some tease that I had made of him and my brother that he felt that he needed to forgive me for.

"Your family saved my life.", he said. I went silent and there was one of those 'awkward' pauses until I could catch my own thoughts. "How so, David?", I asked.

David went on to talk of his struggles within himself in those teen years. "I didn't know which way to turn.", he said. Then, Marvin invited him into my family's house. He said he immediately felt so comfortable the moment that he walked in the door. My brothers and sisters showed him love and my mom treated him like he was one of the family. He said he felt so 'at home'.

He went on to say that then Marvin invited him to our youth group at church. There he met Ned Landers. I have written of Ned before as he was one of the most influential men in my life. Ned led David to the Lord and a relationship that bolstered the foundation of his life.

David told me that he was calling me to thank me. Now, in my mind, the man he truly needed to talk with their was Marvin and I gave him Marv's number.

This phone call while not that long has made me pause to think many times and is one that I probably will never forget. It has made me hash out in my mind over and over how simple things that you do or say can affect others in either a positive.....or a negative way.

I have a CD in my car that my buddy, Frank loaned me last week. It is from the magazine called 'Success'. The CD is a compilation of one of their magazines monthly themes. The theme is influence. The moderator goes on to talk on the most influential people in the world. The list included Jesus Christ but also Adolph Hitler. They went on to show how on a daily basis, things in your life can influence others and the influence will either be good or evil.

The CD has a story on it of the man written about in the book, "Unbroken" which was written by the same author as "Secretariat". The man, Louie Zamperini, tells his own story on the CD. Louie is now 94 years old but the story is incredible and impacting and to be told by his own words imprints even more. Judy listened to it on the way over to Portland on Tuesday and I intend to play it for the vets in my car today who are going on a short drive with me to Marion Forks to meet one of the original Band of Brothers from the WW2 troop that was chronicled in the mini series.

Listening to the CD brought back memories of David. For Louie after having his life changed by Billy Graham forgave others in his past. I wondered if David's phone calls of forgiveness made an impression on the men who he forgave.

A simple facebook search led me to find that David had quite a family. And it seems that either his or his wives influence seems to be imprinted on his family members. My brothers friendship and Ned's touch are a but a small part in the tree of his life but their influence was a positive part.

And once more, cancer has grabbed another victim. The week prior it took another Gilchrist guy in Denny Jessup. I think it is time we turned the tables on cancer research. We put 10 times the money into aids research as we do cancer is cancer is far more indiscriminate.

My thoughts and prayers go out to David's family as they deal with their loss and especially to his wife who must now go on without him.
Posted by diner life at 4:37 AM

Thanks Lyle, for your testimony regarding David, it touched my heart. I didn't know David well, but always liked him and his quiet ways. Whenever we drove to Bend I would always marvel at their ranch south of La Pine and wonder what it was like to live there with the cattle. He will be missed!

In high school David was selected to attend the Prometheus program in Ashland. You had to be smart, a good student, and have an above average IQ, say 120 or better. David was very smart but not everyone knew that because he was quiet. My connection with David, is that in elementary and junior high grades we were often seated next to each other. He was full of nervous energy and strong from the hard work done on the family ranch, so when he bobbed his leg, all the desks felt it. It drove me crazy and I would complain to him. What I give him credit for today is that he would immediately stop and took no offence. That was rare good manners from a boy to a classmate when no adult was supervising. It shows in a tiny way the huge intergity of David. Just sorry I didn't recognize that back in the 60's. Thanks David for being a great guy even when you didn't always get the recognition or appreciation you deserved as a youth.

I knew that David had been struggling with cancer for several years. I was so sad then and now even more sad.We have written to each other on facebook a few times. I wish I would have written to him more! I always felt that Marvin and David were the intellectual guys of the class of 1969. Serious, but always had the "kind" smiles that were so nice to see! I just looked in the 1967 Gilchrist yearbook....Alpha Omega and David and Marvin were on the track and field team! I always loved seeing the Miltenberger Ranch also, as we drove to Bend. Prayers and thoughts of comfort and sympathy to David's family and sisters.

David and Marvin were in track! I just looked in the 1967 Gilchrist yearbook....Alpha-Omega. I always felt that they were the intelectual guys of the class of 1969! They had great smiles and were very friendly.
I have written to David a few times in Facebook. My prayers for comfort and deepest sympathy to David's family and his sisters. Love, Lynda

Thanks Lyle for your memories of David. I was unable to attend the service for David on Saturday but drove by the old Miltenberger place on my way to a wedding in Bend. Driving south on 97 and going by the Miltenberger place was like coming home to Gilchrist. Seemed more barren and deserted than usual Saturday.